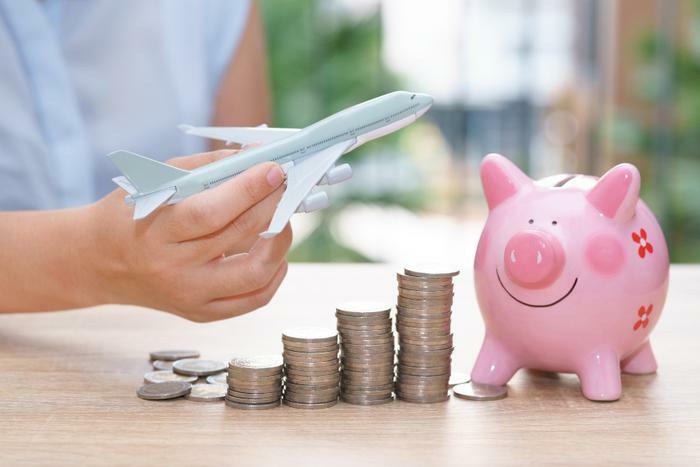 Last we heard, theres not an airline charging anything to use the lavatory, but charging $6 for a pillow or blanket like JetBlue does or Spirit making a traveler fork over $35 if they want to talk to an actual agent on the phone to make their reservation may be a little past the point of being reasonable.

At a meeting of the White House Competition Councilthis week, President Biden and the Department of Transportation (DOT) are expected to announce a new proposed rule that would significantly strengthen protections for consumers when it comes to buying airline tickets online.

The sweet spot Biden and the DOT want to hit isensuring that consumers know what fees theyre going to have to pay before they purchase their airline tickets both on airlines’own booking websites as well as third-party booking sites like Expedia.

Theres no word about ticky-tacky little service fees for things like pillows, but if the rule gets implemented, airlines and travel search websites would have to disclose upfront things like:

In essence, the administrationwants consumers to know upfront if a cheap fare is really a bargain or a come-on with a closet full of extra fees.

Airline passengers deserve to know the full, true cost of their flights before they buy a ticket, said U.S. Transportation Secretary Pete Buttigieg. This new proposed rule would require airlines to be transparent with customers about the fees they charge, which will help travelers make informed decisions and save money.

What the White House wants to see made transparent

Under the proposal, domestic air carriers, foreign air carriers, and ticket agents — including third party sellers of airfare and online metasearch sites that display air travel options –would be required to walk the line in regards to fee transparency.

These fees would be required to be displayed as passenger-specific or itinerary-specific based on the consumers choice, the White House/DOT announcement said.

The DOT understands that fare prices fluctuate because seat availability is a supply-and-demand thing and because of that, its also adding a clause in the proposal that would require carriers and ticket agents to enable consumers traveling with a young child to purchase the seats with the fare at all points of sale.

How much will it actually change? An expert weigh ins

In situations like this, ConsumerAffairs often reaches out to Jay Sorensen, an airline fees expert whose annual ancillary revenue reports show just how much money airlines can make off fees. When we asked him about the proposed rule, he said that the DOT may be going too far in an effort to coddle the consumer with this rulemaking.

Customers are best served when they shop for airline trips by filling their cart with items and then checking out. Each item placed in the cart should be clearly identified and priced. However, the DOT wants airlines to define for the consumer what they might spend before they enter the store, he said.

That’s an unworkable requirement in today’s travel retail environment. There was an East Coast men’s store that had the slogan, An educated consumer is the best consumer. That’s very true…,as the slogan doesn’t say ‘coddled’it says ‘educated.’ The DOT rule-making needs a lot of work.”