Why Trampolines Can Be a Great Addition to Gyms 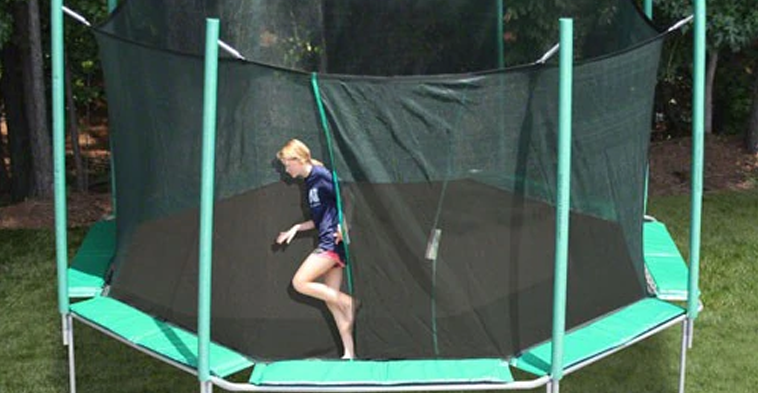 Trampolines can be a great addition to gyms. People often go to gyms to exercise and train their bodies using weights, machines, and other equipment.

Doing this routine with trampolines in gym every day throughout your fitness journey would eventually make our bodies look for a different activity to take a break from the mental and physical fatigue of doing the same thing over and over again.

It is the reason why trampolines are a great addition to physical facilities. Any time a person gets exhausted from their gym routine, they can easily use trampolines for a change.

Even though there are many physical activities other than weight-lifting, bodyweight exercises, etc., trampolines are exceptionally fun and beneficial when enhancing overall physical components.

Evolution of Usage of Trampolines Over the Years

Trampolines designed for competitive use are significantly more numerous than trampolines for leisure use.

The trampoline did not become extensively popular until the early 1900s when circus performers made it become the main attraction. Trampolining became a modern sport when American gymnast George Nissen invented the modern trampoline in 1936.

Trampolines were employed to train astronauts in the late 1930s, and gymnasts began to use them as well. Surprisingly, when World War II broke out, trampolining became popular in the United States.

Trampolines were also used in the armed forces for recreation and physical education. Trampolines were particularly useful for pilot and aircrew training since they helped to teach trainees about body position and flight feelings.

Visual therapists and special education teachers have been using trampolines to improve their students’ vision, balance, and coordination since the 1950s. Trampolines grew even more popular after they were incorporated in the Olympics as a sport.

According to a study by Roller, the average age of jumpers is rising. Six to ten-year-olds make up the largest share of trampoline clients (35%). Children aged 11 to 15 years old account for 26% of all jumpers. Thirteen percent of customers are toddlers. New demographic patterns are emerging. Trampolines have become an exciting attraction and have attracted an increasing number of people in their 20s and 30s. The age group of 21-40 years old now accounts for 15% of all jumpers.

According to a survey conducted in the United Kingdom, teenagers prefer enjoyable activities to traditional sports.

During the study, a group of youngsters was allowed to choose what they wanted to pursue. The recreational activities were voted by all of them, with trampolining topping the list at 49 percent.

It can’t be business as usual for gym owners with this transformation. Starting to focus on widening your consumer demographics to fulfill the needs of older age groups can be a great idea.

Recent studies have also discovered that trampoline jumping and rebounding are far more effective than running. It is also equivalent to moderate-to-vigorous intensity strength training and cardiovascular workout, which increases people’s interest in visiting trampoline parks.

As a result of the increased knowledge of trampoline exercise as a heart-pumping, low-impact, full-body, anti-gravity cardio and strength training workout for people of all ages, trampolines are gaining more attention.

Because of the rising demand for trampolines, there is a need to establish more trampolines in different sports facilities such as gyms.

The need of establishing more trampolines in different facilities

Trampolines are being used for the cardiovascular workout to improve health. Utilizing an aerobic rebounder, a type of trampoline, can help you increase your stamina, strength, and coordination. These parks have become popular places for children and people to play, have fun, and, most importantly, get some exercise.

These parks might be full of children and toddlers due to the rising demographic of trampoline users so, putting up trampolines in gyms can cater to the needs of teenagers and adults.

A rise in the number of trampoline parks, a rise in health consciousness, and the introduction of springless and innovative trampolines are just a few of the factors driving the global trampoline market forward.

There is a growing understanding of the health benefits of trampolining, such as improving lung capacity, muscle tone, increasing energy, improving lymphatic system function, strengthening the heart, and so on.

Having trampolines in gyms can also promote better safety for those who use the equipment because it is most likely that there will be people who will help others with how to use the trampoline. They can facilitate and give pieces of advice for safety as well.

Safety Tips in Putting up Trampolines in Gym

It is critical to observe safety precautions if you decide to purchase a trampoline for your gym. Make sure that everyone is aware of the rules and safety tips. Trampolines Are a Great Addition to Gyms

More people are prioritizing their health and fitness these days. People who want to eat healthily and stay in shape are always looking for new and easier ways to accomplish their goals.

Exercise routines aren’t always appealing. Finding an option for those who are less enthusiastic would be great. As a result, there is a greater demand for enjoyable ways to exercise and become in shape or keep in shape.

What’s more, experts have discovered that trampolining is an excellent kind of exercise. Jumping on a trampoline is 68 percent more beneficial than jogging as a cardiovascular exercise. It is known as “rebound therapy.” With this in mind, gym owners can reap significant benefits by installing trampolines in their facilities as a fun method to exercise. It also promotes the health benefits of rebounding on trampolines to the customers.

This strategy allows you to target a broader demographic and reach a more profitable market, resulting in more clients for the gym. Other specific equipment that customers might utilize to get in shape may be required.

All of this is to promote your gym as a place where customers may engage in some beneficial physical activity from trampolines and not from traditional equipment.

Gymnasts and acrobats are also increasing nowadays. This shows that trampolines in gym is high in demand for athletes to perform stunts. Putting up trampolines in gyms can help the athletes personally train more outside of their training grounds.

Due to the increasing demand for trampolines, trampoline parks are frequently packed with trampoline enthusiasts be it children, teenagers, or adults. Thus, the addition of trampolines in gyms can be advantageous.