Inflatable Boats: They Might Be Packing More Heat Than You May Think 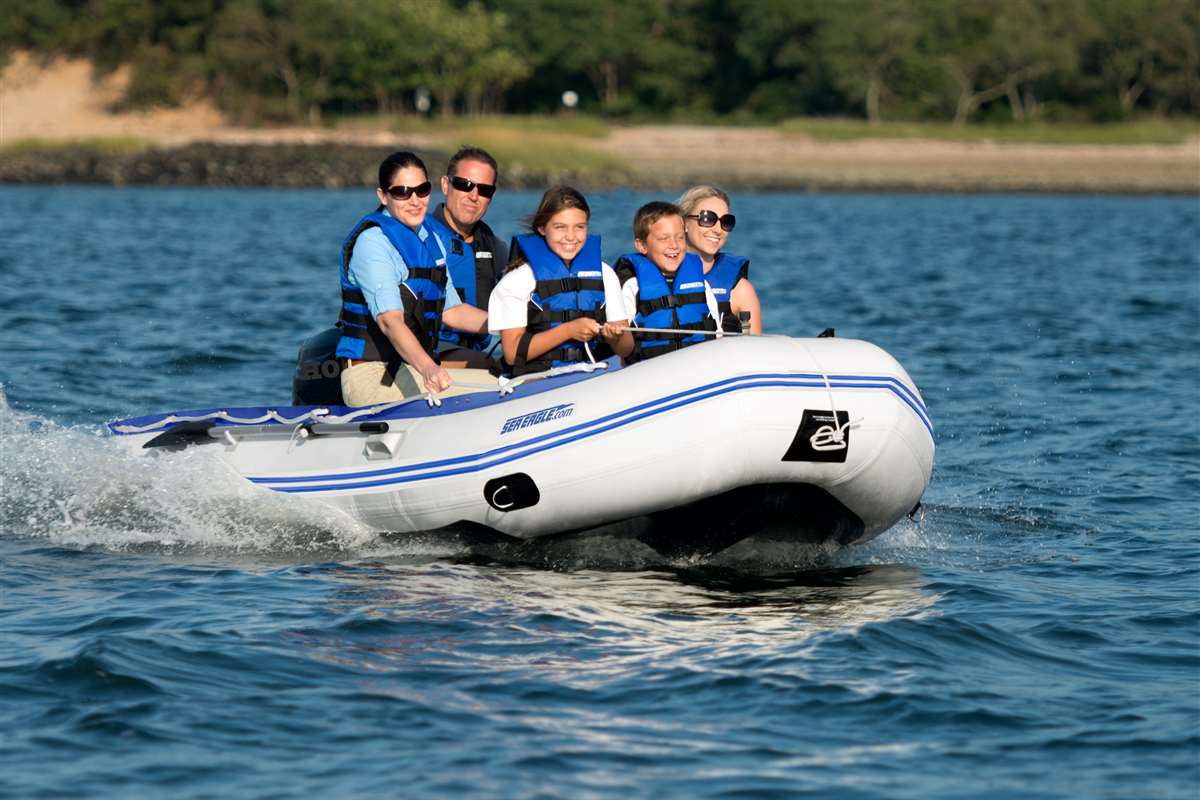 Inflatable boats are on the rise and a lot of people are getting them for not only leisure but professional use as well. In this blog article, you will learn about the top 5 reasons why you should get an inflatable boat for your next outdoor adventure.

Thanks to the lightweight construction of inflatable boats, they are more fuel-efficient than other types of water vehicles. It takes less power to get the boat up to speed and you can get up on a plane quickly and with less power. This increases your range and it means you can get more work done with the same quantity of gas.

According to PumpBoats.com, contrary to popular belief, inflatable boats are not as fragile as they seem to be. And no, they do not pop the first time they bump into a rock! Don’t believe us? Check out the Sea Eagle’s FastCat™ Catamaran Inflatable Boat Swivel Seat Canopy Package. This catamaran-style, rigid, high-pressure, all-drop stitch constructed, the easy-to-set-up hull is the most clever boat to hit the market. The catamaran hull structure lifts the boat up and on top of the water as if you’re riding on pillowy clouds with hydrofoiling shock absorbers. Preventing the slapping of traditional hulls. Friction is reduced and with four independent high-pressure protection air chambers, you have assured added safety!

Law enforcement and the Military use rigid inflatable boats because they have the power they need to get the job done quickly! Some lightweight crafts require motors that are less powerful, but RIBs are designed to sustain more horsepower, making them the first pick of marine professionals like towing companies and the Navy Seals.

Inflatable Boats are Easy to Steer

The decreased weight of inflatable boats makes them incredibly responsive and easy to maneuver, specifically when running without any load. Combined with the protection from their inflatable siding, they are excellent to maneuver in tight spaces and near other boats because they’re so responsive and precise. This makes docking and side-tying to other crafts much more unassailable.

1. Passengers Are Safe on an Inflatable Boat

Inflatable boats provide a safer environment for any passenger. Especially if they are inexperienced boaters. In harsh conditions where everything is moving about. It’s wonderful to have the protective, cushioned siding of rigid inflatable boats as opposed to the hard fiberglass of traditional ones. Your passengers will be safer, and you won’t have to worry as much about any unwanted injuries during the ride. The Sport Runabout Inflatable Boat is one of the safest inflatable boats that you can find. They are NMMA & CE Certified, have rounded rear pontoons for rapid planning, features a 5/8″ grab line along sides for safety, and much more.

Feel free to continue reading more about inflatable boats in a blog titled Inflatable Boats & Kayaks: Which One Is The Best For You? And if you’re ready to make a change and enjoy the awesome benefits of Inflatable boats, head on to YBLGoods to get the best price today!