Housing markets in these three states are most vulnerable to declines

ATTOM found 33 or the 50 most vulnerable counties in New York, Illinois, and California 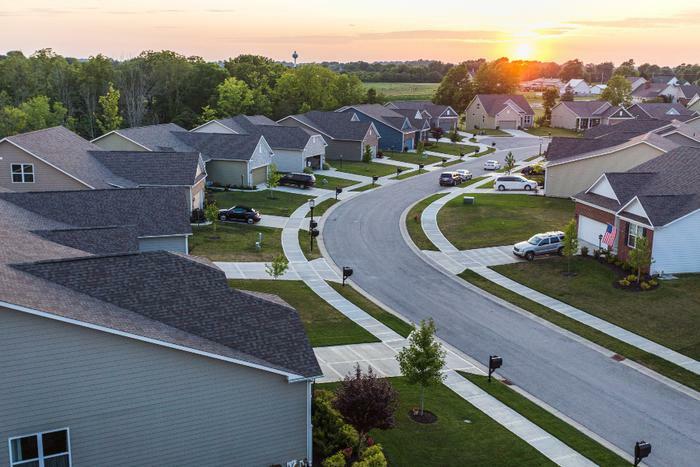 For all the talk of an impending housing market correction, or even crash, real estate economists point out that every market is different. So far, some housing markets are vulnerable to losing value and ATTOM, a real estate data firm, has found them concentrated in three states.

The companys Special Housing Risk Report spotlights county-level housing markets around the country that are more or less vulnerable to declines, based on home affordability, unemployment and other metrics that were analyzed in the second quarter of 2022.

According to the analysis, New Jersey, Illinois, and inland California still had the highest concentrations of the most-at-risk markets in the second quarter, with the biggest clusters in the New York City and Chicago areas. Homeowners in southern and midwestern states were less exposed to falling home values.

The reports researchers identified patterns, based on gaps in home affordability, underwater mortgages, foreclosures, and unemployment. They found that New Jersey, Illinois, and California had 33 of the 50 U.S. counties most vulnerable to potential declines in home values.

The 50 most at-risk housing markets included nine in and around New York City, six in the Chicago metropolitan area, and 13 spread through northern, central and southern California. The rest of the top 50 counties were scattered across the U.S., including three in the Philadelphia, metro area.

Values in the South and Midwest are holding up

The South and Midwest had the highest concentration of housing markets where values either have not gone down or are not expected to decline much, if at all in the future. They are considered the least vulnerable housing markets.

“The Federal Reserve has promised to be as aggressive as it needs to be in order to get inflation under control, even if its actions lead to a recession,” said Rick Sharga, executive vice president of market intelligence at ATTOM. “Given how little progress has been made reducing inflation so far, the Fed’s actions seem more and more likely to drive the economy into a recession, and some housing markets are going to be more vulnerable than others if that happens.”

The risk of decline in property value was considered from a number of angles. The risk was highest in counties with a large percentage of homes facing possible foreclosure, as well as the percentage of homes at risk of being underwater, where the balance on the mortgage is greater than the value of the home.